This series of mills named „Tsai-Ju“ was designed by the artist Tsai-Ju Wu. Tsai-Ju Wu studying at the University of Applied Arts Vienna. 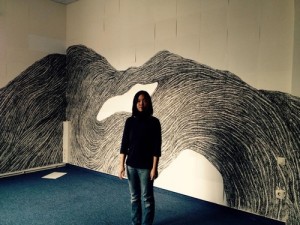 Her creations are characterized by monochromatic structures that decorate the surface – coming and going from nowhere. They curl, grow together, separate and then go their own ways again. The objects on which they are placed are accentuated and (re-) structured in the process. Lines and dots are sometimes closer, sometimes farther apart and then they disperse. Tsai-Ju Wu works with black and white monochromatic structures that have a gentle, intuitive but playful effect.

The character of this series of mills is shaped by the ease of Asian brushwork – subtle yet unmistakeable in shape.

The “Tsai-Ju” mills are made from beech wood with a white base and then hand-painted.

Coated with a protective 2-component transparent varnish, these pieces of art are suited for daily (pepper) use – anytime of the day!

There are no reviews yet.